You’ve probably heard of Lipitor, Zocor, and Crestor. You may even be taking one of these cholesterol-lowering drugs, which are known as statins. They are the most commonly prescribed medication, and for years, they’ve been touted as the best way to manage cholesterol.

Now, top Harvard cardiologists are questioning current cholesterol guidelines. The data to support this claim isn’t as solid as we thought, and we are now seeing that statins can cause some serious side effects, such as:

Muscle pain, damage, and aching
Mitochondrial damage
Type 2 diabetes
Neurologic problems such as memory loss
Sexual dysfunction
In fact, researchers are now learning that mistakes were made in previous studies, prompting doctors to prescribe statins to patients who really didn’t need them. And this is a dangerous mistake to make, because statins come with some serious risks. More cardiologists are speaking out.

We used to think that there were very few side effects associated with this drug, but the truth is, up to 20 percent of statin users have experienced serious side effects like muscle pain, damage, and aching or high muscle enzymes. Statins can also poison your mitochondria, which are your cells’ energy-production factories and the single most important factor in healthy aging and wellness. Statins can hinder the mitochondria’s ability to produce energy effectively and can even kill cells off completely.

In one study, two groups of overweight, sedentary people were put on an exercise program for 12 weeks. One group was given a statin and the other group wasn’t. After 12 weeks, the group that had been taking the statin saw no improvement in their fitness level. It was as if they hadn’t exercised at all! In fact, when muscle biopsies were performed, doctors found the members of this group had four and a half percent less energy-production capacity in their cells. They were actually in worse condition than before they started the exercise program!

This is quite serious. I believe, in the next 10 years, we’re going to see a backlash against statins. In fact, we’re starting to see it already. We’re seeing now that they may not benefit everybody we thought they would. And we’re seeing that there are some serious risks involved. So, stay tuned for more on this.

In the meantime, I encourage you to read my blogs on statins, which show how they cause diabetes and neurologic problems. Also, read my blogs that explain how you can optimize your cholesterol and get the right type of cholesterol. Learn more about how to take care of your heart in a way that supports your health rather than damages it.

And I encourage you to share this House Call with your friends and family on Twitter and Facebook or by email. Sign up for the newsletter and submit your question, so that, next week, I may make a House Call to you. 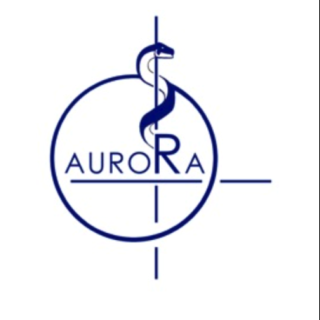